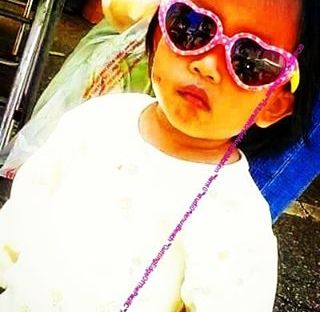 all in my head

they seem so calm

i want the fun

i want 2 be the brat

all in my head

they seem so calm

the living room this time

where death is never

Him Off Her Back

till my tiny voice

i cry myself to sleep

still have to take the test

take the test at school

get in between them

she turns on me

now i’m bad the bad one.

The Kind of Stuff

No kid Should ever Know

does she even know  ?

i sing my songs

i write some wrongs

DeMystify The Abuser as Terrorist Dictator  ;

The Chain of Human-KIND is STRONGER Than Our Weakest Links™

In order to Demystify The Abuser

We Must Understand him and his Cronies

His Need for Dictatorship as Mental Illness

The Victim’s Remedy is To End Tolerance For Pathology

It is time to Recognize, Understand,  and Remedy with Alacrity :  the very Simple Cause for Abusive Conditions under which so many innocent people suffer.

The Pathological Psychology of a Terrorist / Dictator is that of any other Common Bully, Emotional Abuser, Physical Abuser …

The Stakes are catastrophic if we neglect this Mental Wellness for : Our Global Family

At the very simplest psychological level – the solutions are so clear ….

Like any Culture or Group of People oppressed by The Dictator – the Family Members of an Abuser suffer unimaginably,  the daily agonies of tortures – …  both physical and psychological in nature

These agonies damage victims for generations …

Unhealing Wounds paid forward into the future … generation after generation …  scarring, savaging the humanities of us all as the wound becomes encoded genetically

In a never-ending cycle of misplaced tolerance for pathology.

Please let us End Our Tolerance for Pathology and Begin the Remedy with the very same Basic Common Sense used to protect an innocent child from the Pathology of her abuser.

If We Numb ourselves into delusive agreement with Toxic Apathies, lulling ourselves into the Oblivion of a Depressed World View that holds it impossible to end war, abuse, hate, torture … –  then what?

Then by abdication, we have accepted our own Demise through knowing and willful Sufferage of Pathology and Abuse

If we accept Such Sufferage for another, then by definition, we accept it for ourselves …

Global Mental Wellness Assures Global Physical Survival by our admission and acceptance of the Larger, Kinder and Most Practical Truth …

Via Global Mental Wellness we will have access to these Remedies :

It is Possible to access our own Toxic Emotions as individuals and also as Cultures, Societies, States, Countries …

It is Possible for us all to Detoxify, Remedy, Improve, Heal our own Behaviours when we know we have crossed a line

To Say “No” in the Very Earliest Stages of any impending Abusive Event,

To Say “No” most often with Non-Violence

Whenever a Dictatorial, Abusive presence rears its ugly head across our own boundaries

It really is – Possible.

War Is Abuse  / Abuse Is Terrorism

Whether Emotional or Physical,

Escalating tensions that lead to war.

From the Personal To the Political,

We lack that Extra Layer of Comfort,

As a Result of Experiences that none of us

Should ever need to claim.

Although garnered by pain,

There is a Survivor Strength

And Everybody in our midst.

2 thoughts on “On Her Be Half © Cali Lili ® #DomesticViolenceAwarenessMonth”